We provide the highest quality of dermatology services throughout Pennnsylvania. 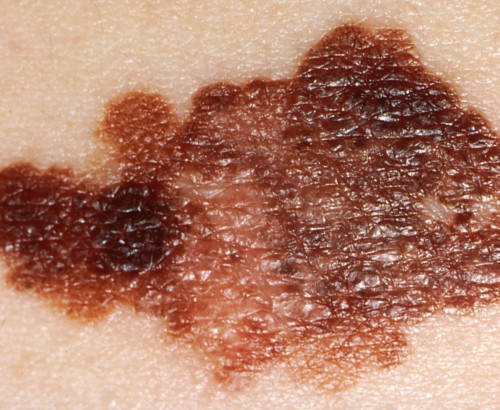 We specialize in the early detection of skin cancer and treatment methods such as Mohs surgery and Dermoscopy.

Skin cancer is the most common of all cancers, afflicting more than two million Americans each year, a number that is rising rapidly. It is also the easiest to cure, if diagnosed and treated early. What are the most common types of skin cancers? What can be done about them?

More than 3.5 million skin cancers in over two million people are diagnosed annually. Our team of skilled professionals are specialists in the diagnosis and treatment of skin cancers. If you have a mole or a lesion that is growing or changing, or if you have any area of concern, request an appointment to see one of our team to aid the early detection and treatment of any developing skin problems.

The Most Common Skin Cancers

Scaly or crusty growths (lesions) caused by damage from the sun’s ultraviolet (UV) rays are called actinic keratoses (AK) or solar keratoses.  They typically appear on sun-exposed areas such as the face, bald scalp, lips, and the back of the hands, and are often elevated, rough in texture, and resemble warts.  Most become red, but some will be tan, pink, red, and/or flesh-toned. Untreated AKs can advance to squamous cell carcinoma (SCC), the second most common form of skin cancer, and some experts believe they are actually the earliest stage of SCC.

Basal Cell Carcinomas (BCCs) are abnormal growths or lesions that arise in the skin’s basal cells, which line the deepest layer of the epidermis (the outer layer of the skin). BCCs often look like open sores, red patches, pink growths, shiny bumps, or scars. BCC can be highly disfiguring if allowed to grow, but almost never spreads (metastasizes) beyond the original tumor site.

Basal cell carcinoma is the most common form of skin cancer; an estimated 2.8 million are diagnosed annually in the US. BCCs are rarely fatal.

Dysplastic Nevi (atypical moles) are unusual benign moles that may resemble melanoma. People who have them are at increased risk of developing single or multiple melanomas. The higher the number of these moles someone has, the higher the risk; those who have 10 or more have 12 times the risk of developing melanoma compared to the general population.

Dysplastic nevi are found significantly more often in melanoma patients than in the general population.

The most dangerous form of skin cancer is melanoma. These cancerous growths develop when unrepaired DNA damage to skin cells triggers mutations (genetic defects) that lead the skin cells to multiply rapidly and form malignant tumors.  These tumors originate in the pigment-producing melanocytes in the basal layer of the epidermis. Melanomas often resemble moles; some develop from moles. The majority of melanomas are black or brown, but they can also be skin-colored, pink, red, purple, blue or white.

If melanoma is recognized and treated early, it is almost always curable, but if it is not, the cancer can advance and spread to other parts of the body, where it becomes hard to treat and can be fatal. While it is not the most common of the skin cancers, it causes the most deaths.

Squamous cell carcinoma (SCC) is an uncontrolled growth of abnormal cells arising in the squamous cells, which compose most of the skin’s upper layers (the epidermis). SCCs often look like scaly red patches, open sores, elevated growths with a central depression, or warts; they may crust or bleed. It can become disfiguring and sometimes deadly if allowed to grow.

Squamous cell carcinoma is the second most common form of skin cancer. An estimated 700,000 cases of SCC are diagnosed each year in the US.